This time will introduce strong weapons that are easy to use in WW 2.

First of all, the player's own playing skill is the most important for FPS's strength.

However, if you don't know which strong weapon is, you will be in disadvantageous position than other players and you will be able to feel difficult to improve.

Also, weak maps and situations, favorable battle distances exist in any weapon, so it's best to understand the characteristics of each weapon rather than sticking to one weapon and use it according to the map.

In this article I will write about the characteristics of the weapon, the best way to use it, and what kind of circumstances it is suitable for use。 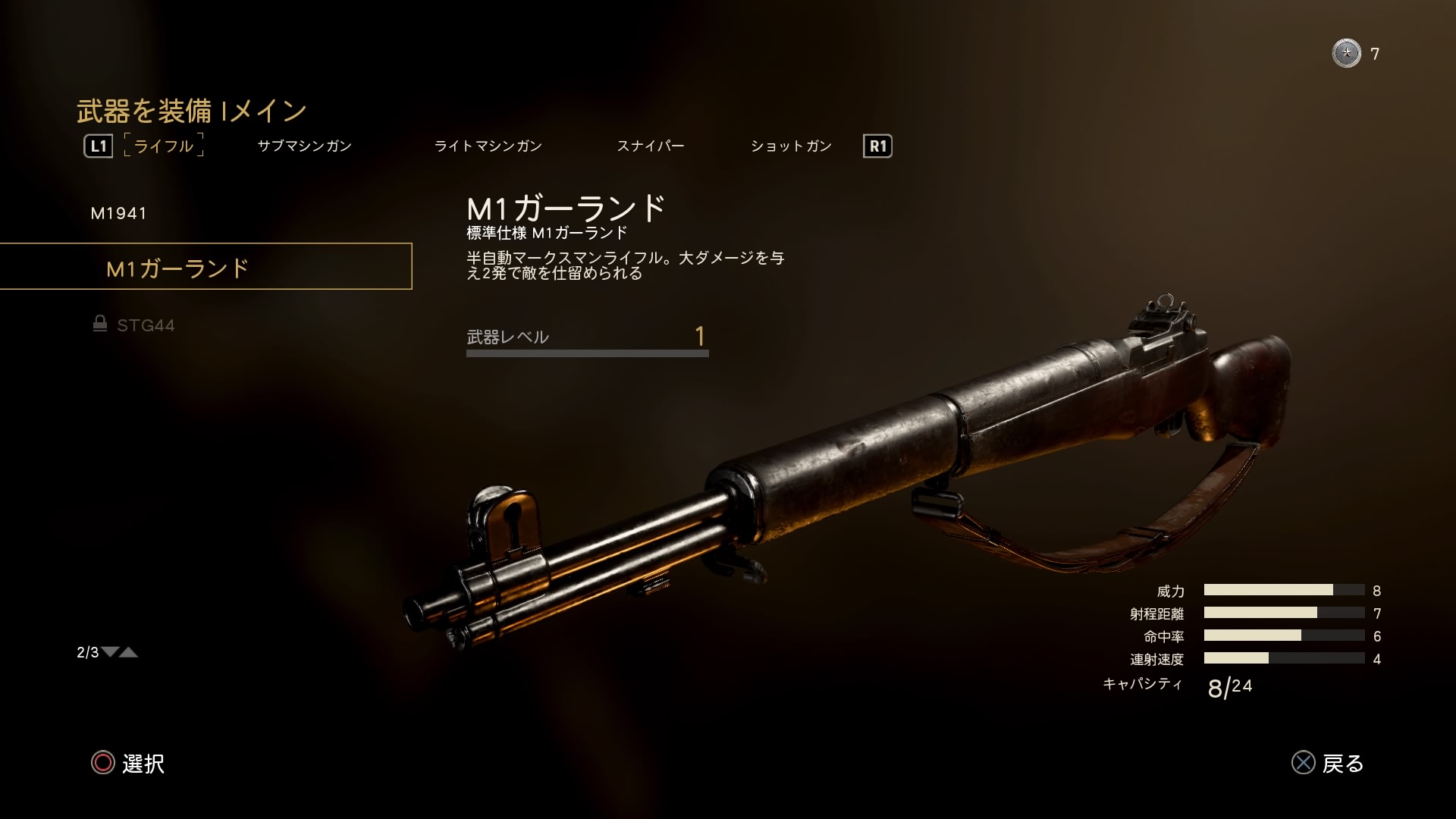 High-power semi-automatic rifle you can basically kill an enemy with two shots.

In addition to having the fastest kill time among all the weapons on the numerical value, the range of the two kills is also long, so the middle range enemies are also easy to kill quickly.

However, in the long range it will be three kills.

For that reason, it is an assault rifle for near and mid-range.

If we can accurately aim it is very strong against the shooting from the front, so it is a recommended weapon for those with good Aim. 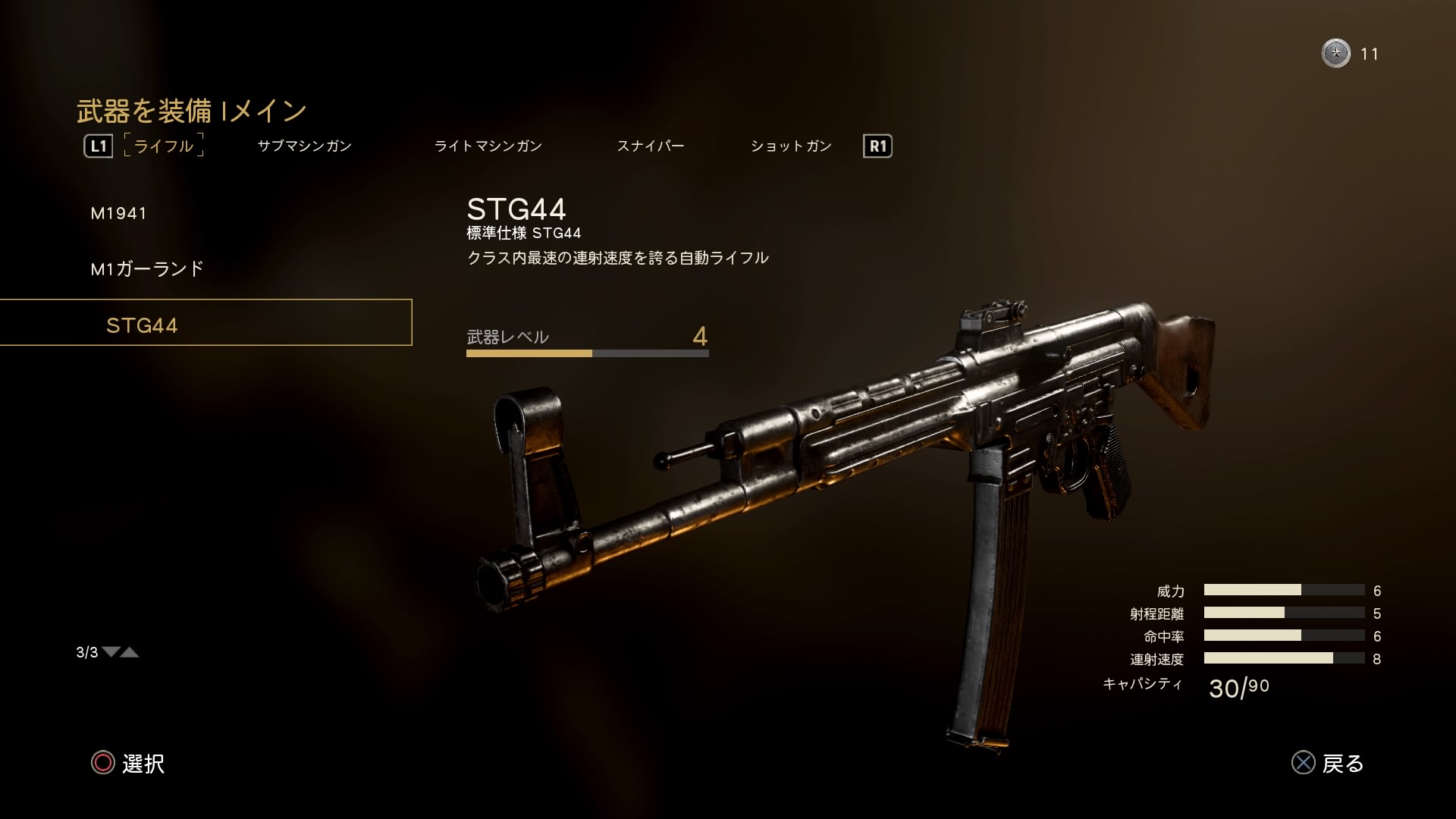 It is a full auto assault rifle with high rate and little recoil, even if you attach Rapid Fire without grip, it will hardly Recoil.

Therefore, you can kill even enemies that are far away.

However, there is also a fire insufficient aspect, and on the numerical value it is the third kill time from the bottom in the assault rifle.

If you add Rapid Fire, it is greatly improved so it is recommended to attach it. 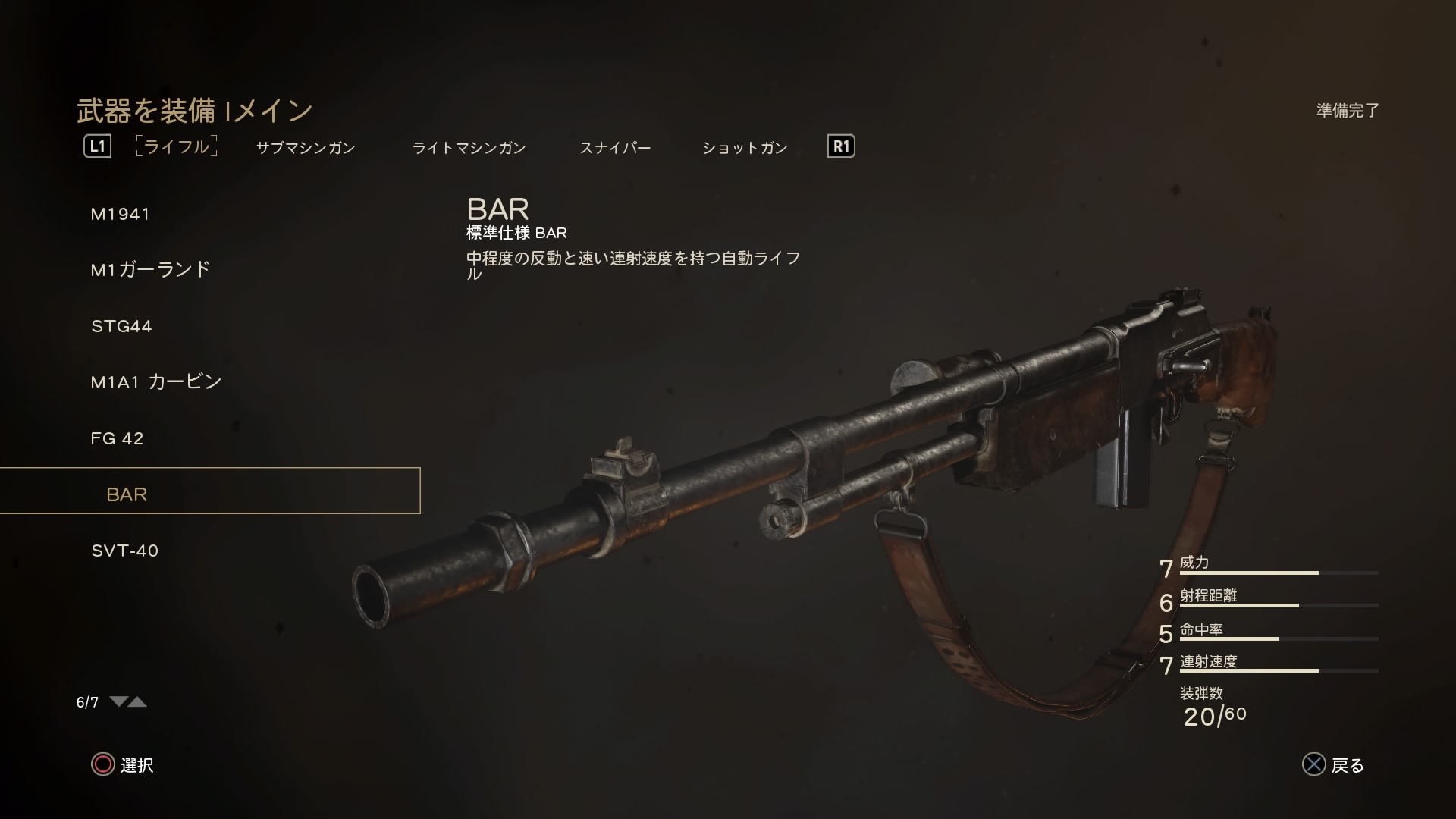 It has been weakened several times because it is too strong from the beginning.

But it is still a strong weapon because it has the fastest kill time among full automatic assault rifles at present.

One major disadvantage is that there are only 20 magazine bullets, so even if you attach an Extended Mags it will only increase to 30 bullets.

For that reason you need to be more concerned about bullet-management than "STG-44".

If you take firepower select BAR, or if you take stability select STG-44 is recommended. 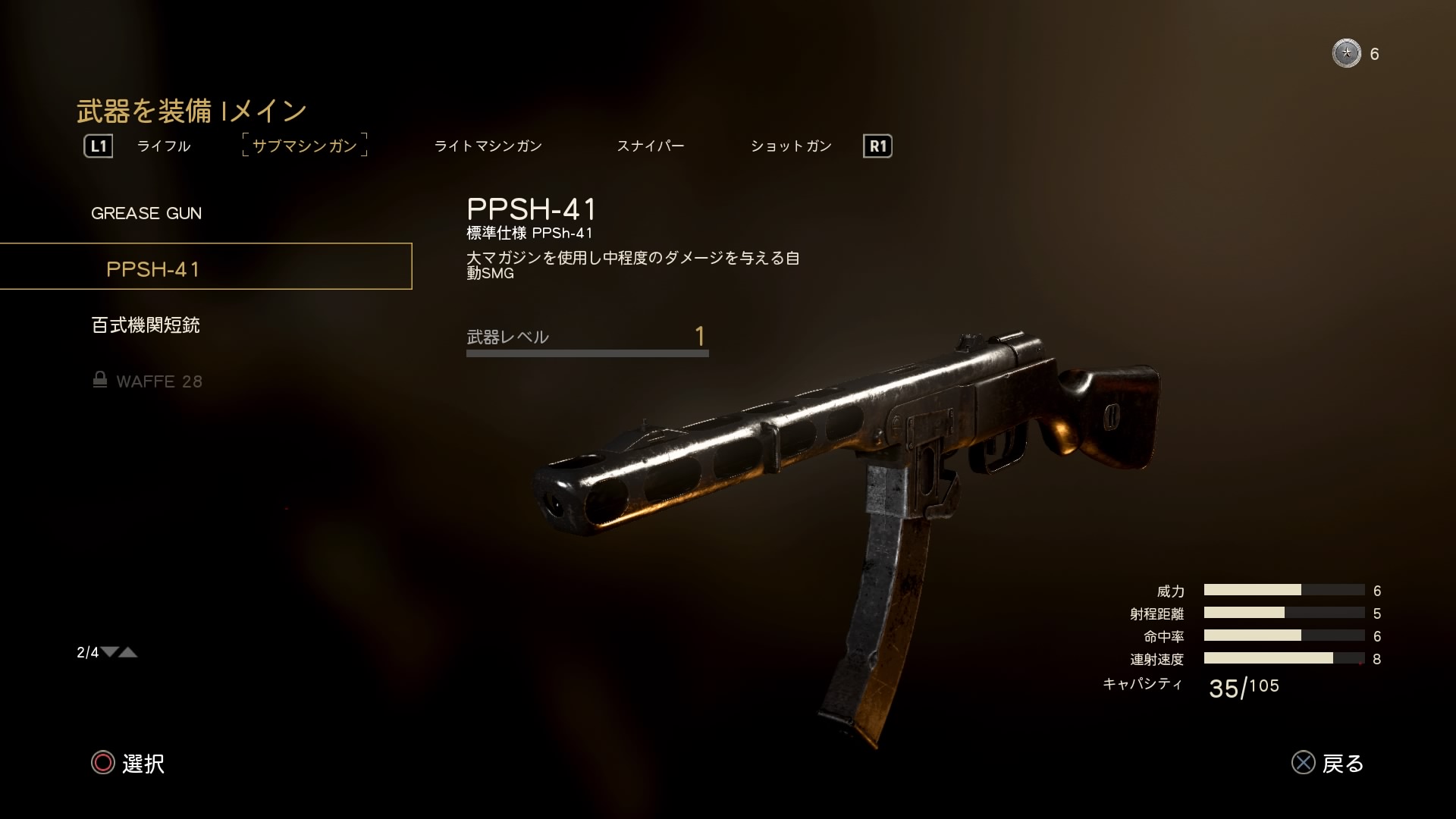 It is a submachine gun that can be said to be the most popular weapon among the weapons in WW 2.

It is easy to use recoil control at high rate, easy to use from short range to medium range.

Moreover it has excellent continuing fighting ability, because of the large capacity.

Kill time is also an early category compared to all weapons.

Anyone who wants to use a strong weapon for the time being, it is no mistake if you use this. 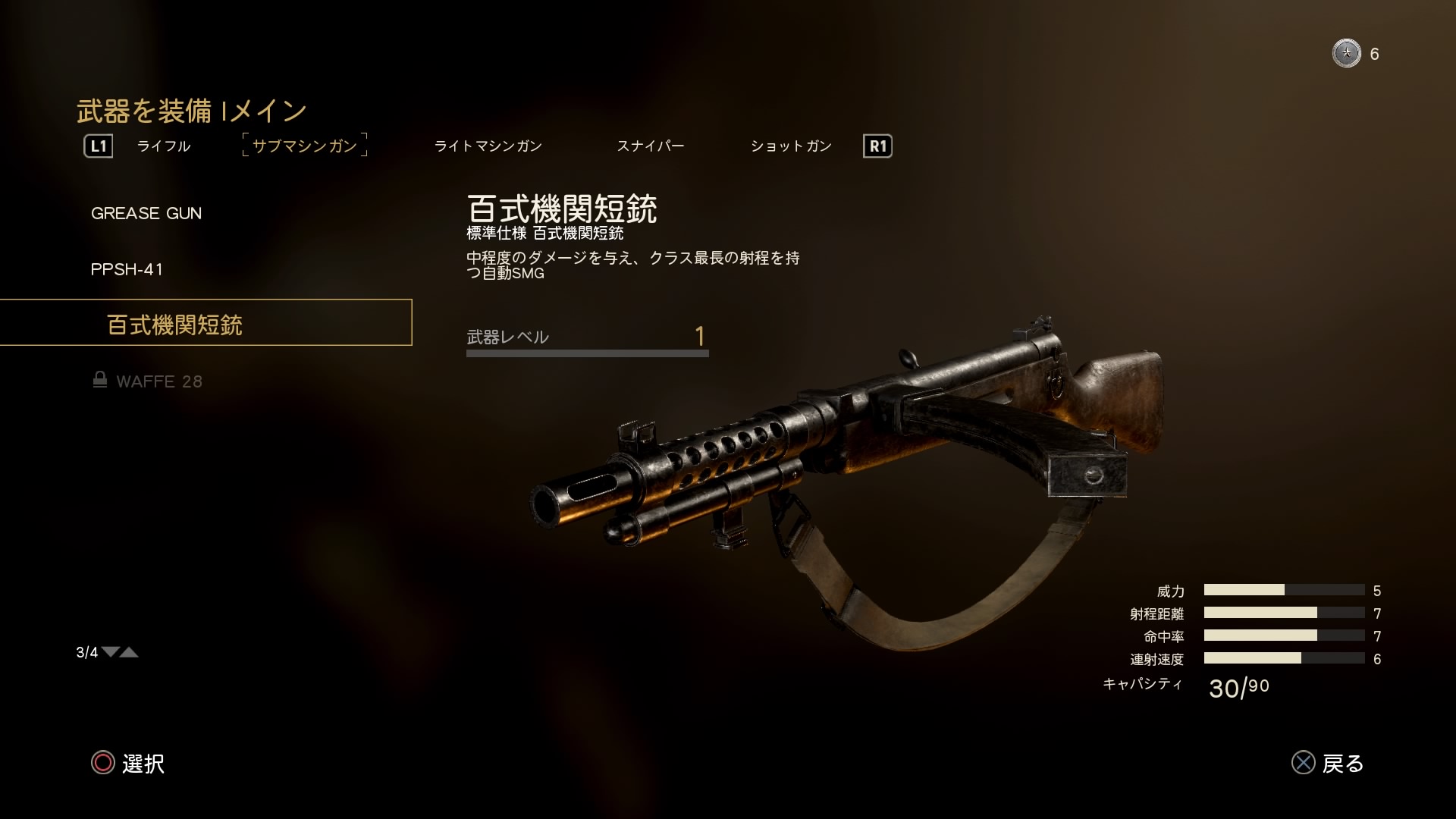 It is a popular weapon because it has a long range and little recoil, making it easy to use.

However, kill time is slow compared to all weapons.

For that reason it is necessary to use it to hit the upper body where damage is easy to pass, so it can be said that it is a weapon for advanced users even though it is easy to use weapon.

Recommended for those seeking stability and those who want to use SMG that can be used like AR. 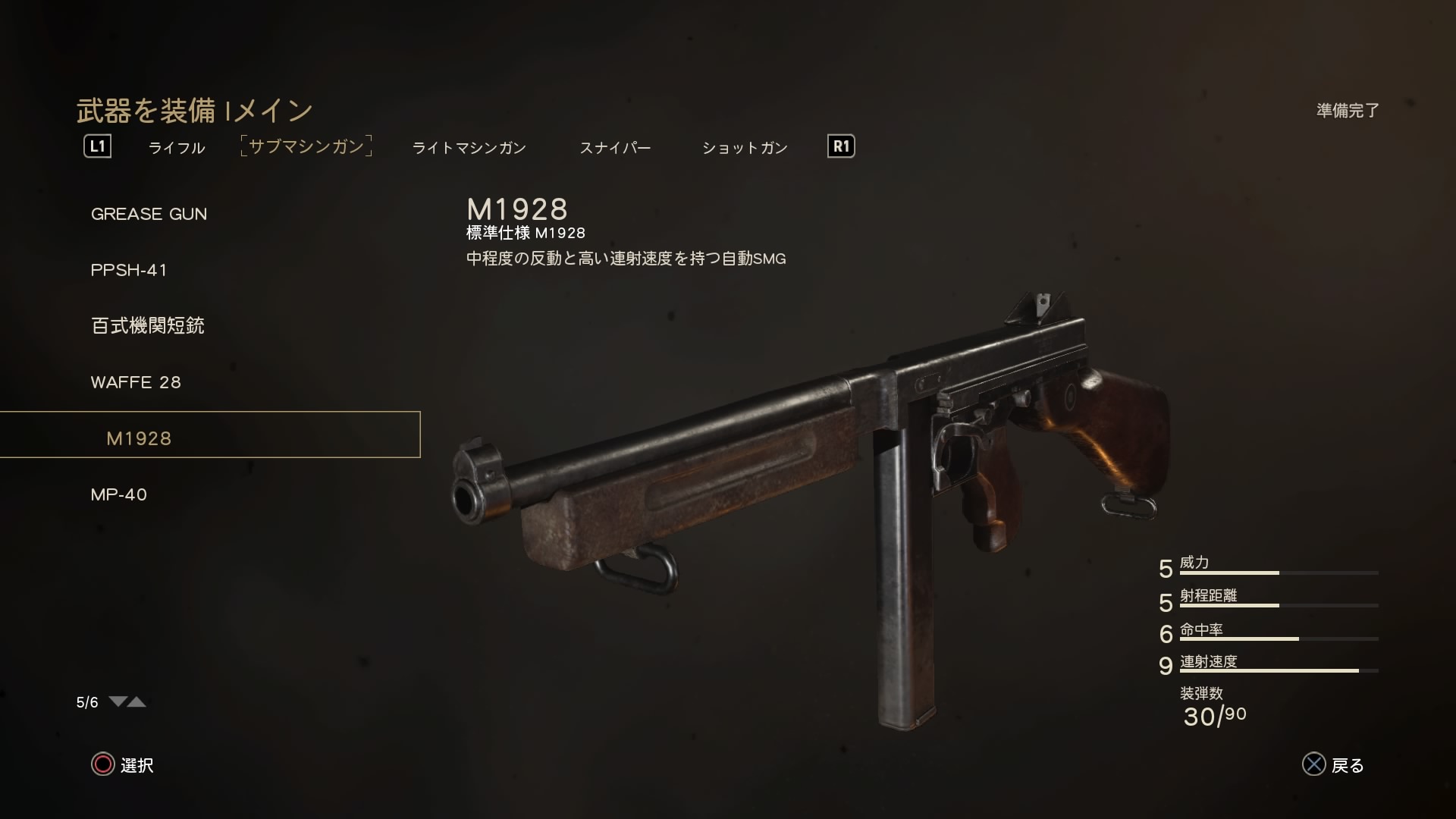 Previously it was not as strong as WAFFE at short range and it was not stable from PPSH - 41, so it was halfway performance, but due to the update we entered on December 22 the rate has improved greatly.

Because the recoil is not so strong as WAFFE and its range is long, you can use it even for a sub-machine gun for a short distance but at medium range.

Recommended for those who want to use stable and easy-to-use sub-machine gun for close range. 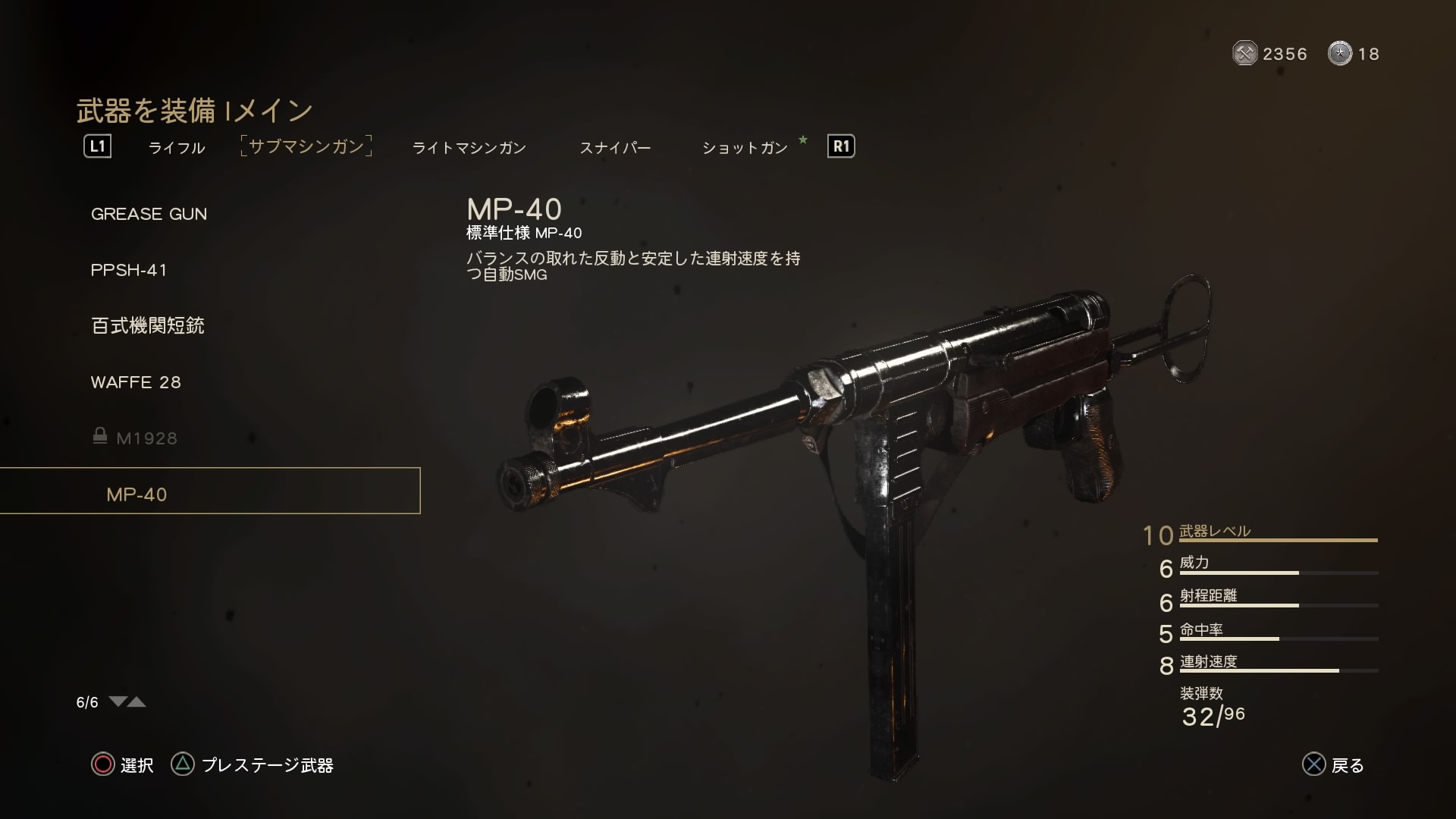 It is a weapon that is very easy to use because it has firepower and less recoil without grip.

Recommended for those who want to use weapons that combines stability and fire power. 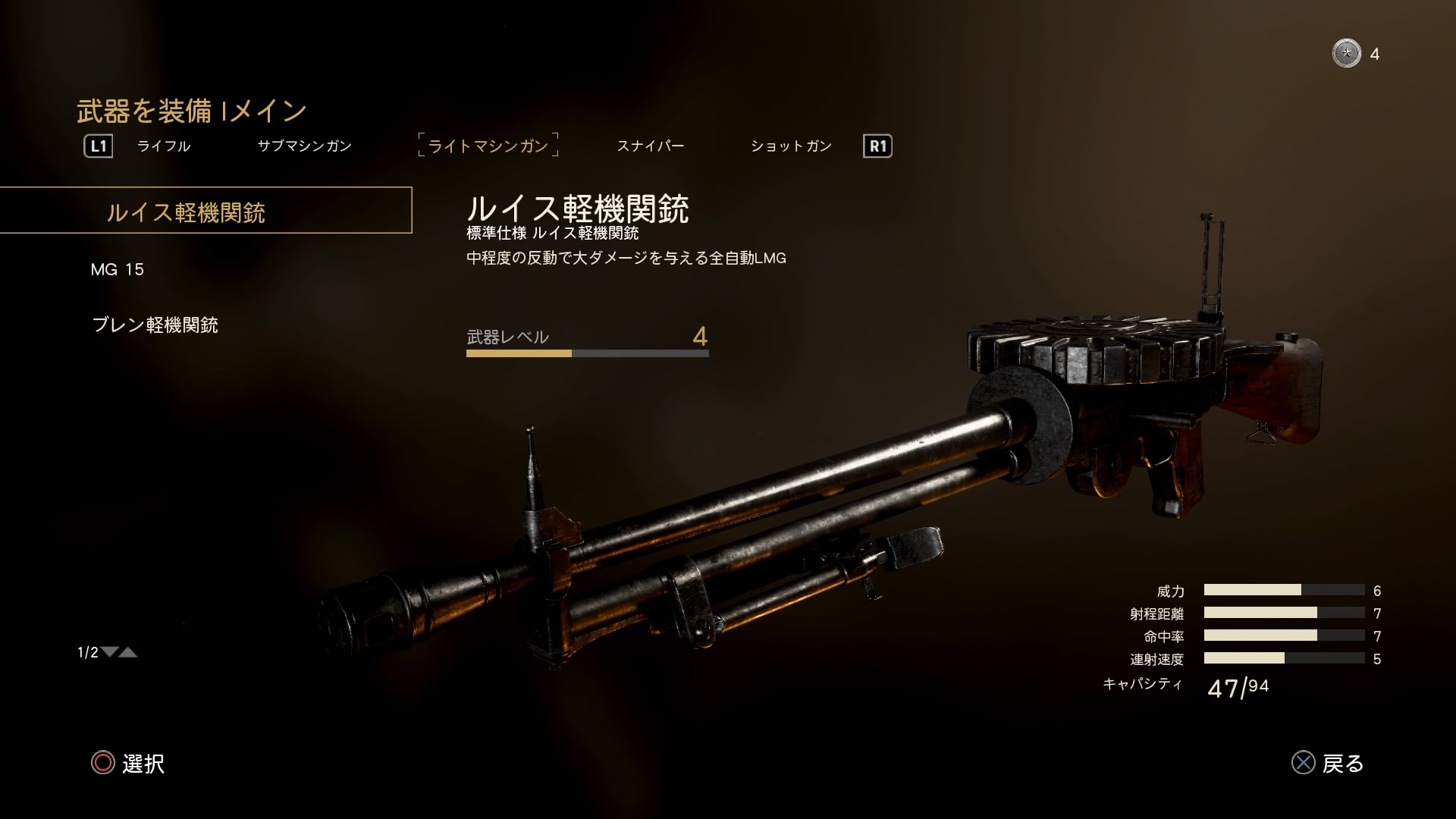 With the most balanced weapon in LMG, it has the fastest kill time in LMG with sufficient rate and 3 kill total range.

Recoil is also not so strong that you can kill enemies quickly even at long range.

But ADS is as slow as any other LMG so sudden shootings are tough.

You can also increase it to 97 shots by attaching an Extended Mags, but since the reload speed is slow, you need to be careful with the number of bullets remaining. 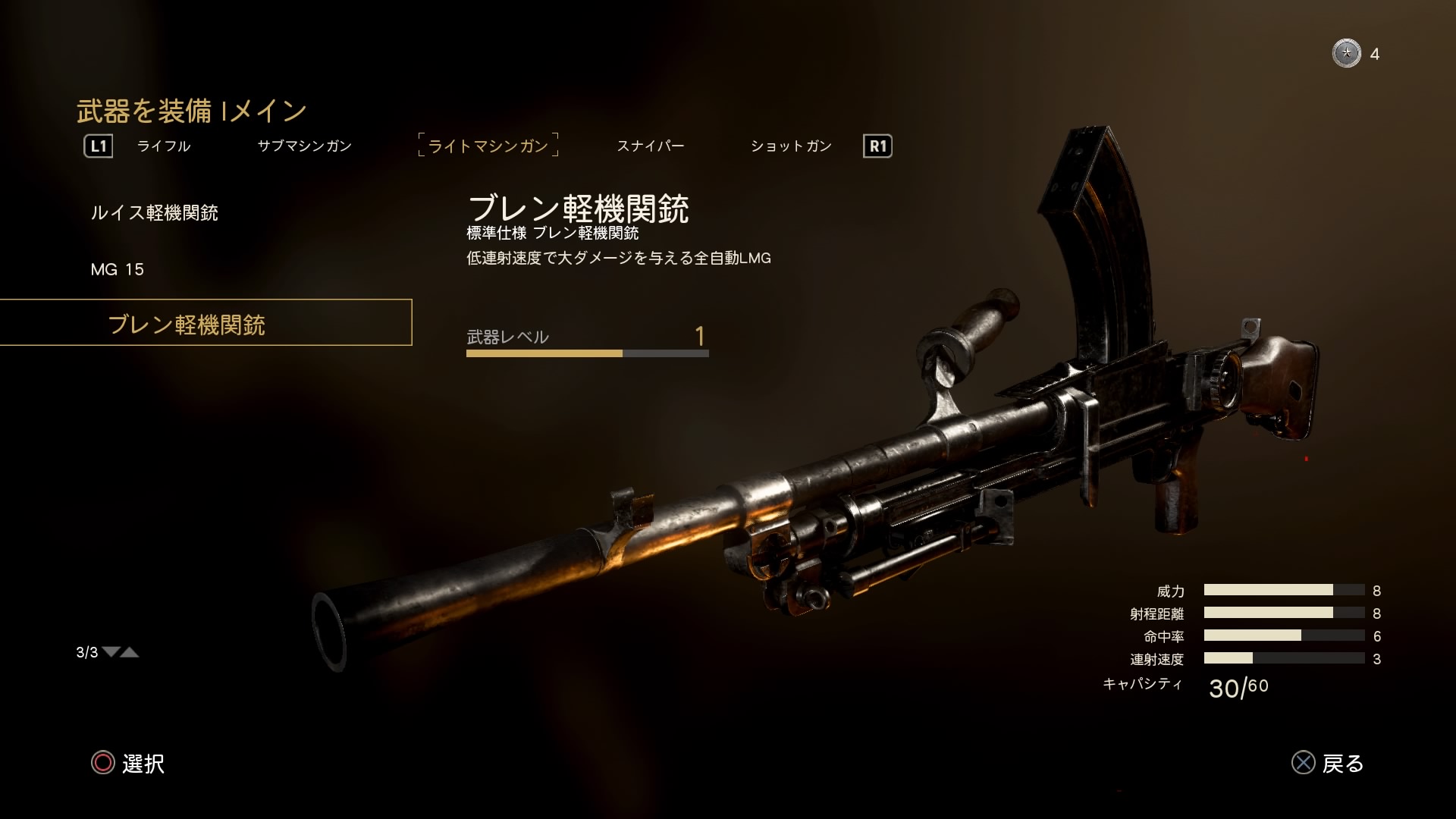 It was very difficult to use because it was a 3 shot kill in total range at the beginning of the release.

Currently it is easy to use because it has become 2 shot kill in total range.

But rate is low and the ADS is the slowest among all weapons, it is difficult to win with a shoot at a short range.

However, shooting enemies from the back with defense of WAR etc. It is strong when you use it.

Extended Mags makes 100 bullets and you can use like a semi-auto sniper rifle that does not require reloading.

This usage is very powerful, so please try it if you do not understand the strength of this.

It becomes a weapon that is hard to use except for this usage, so it can be said to be a weapon to choose a scene to use. 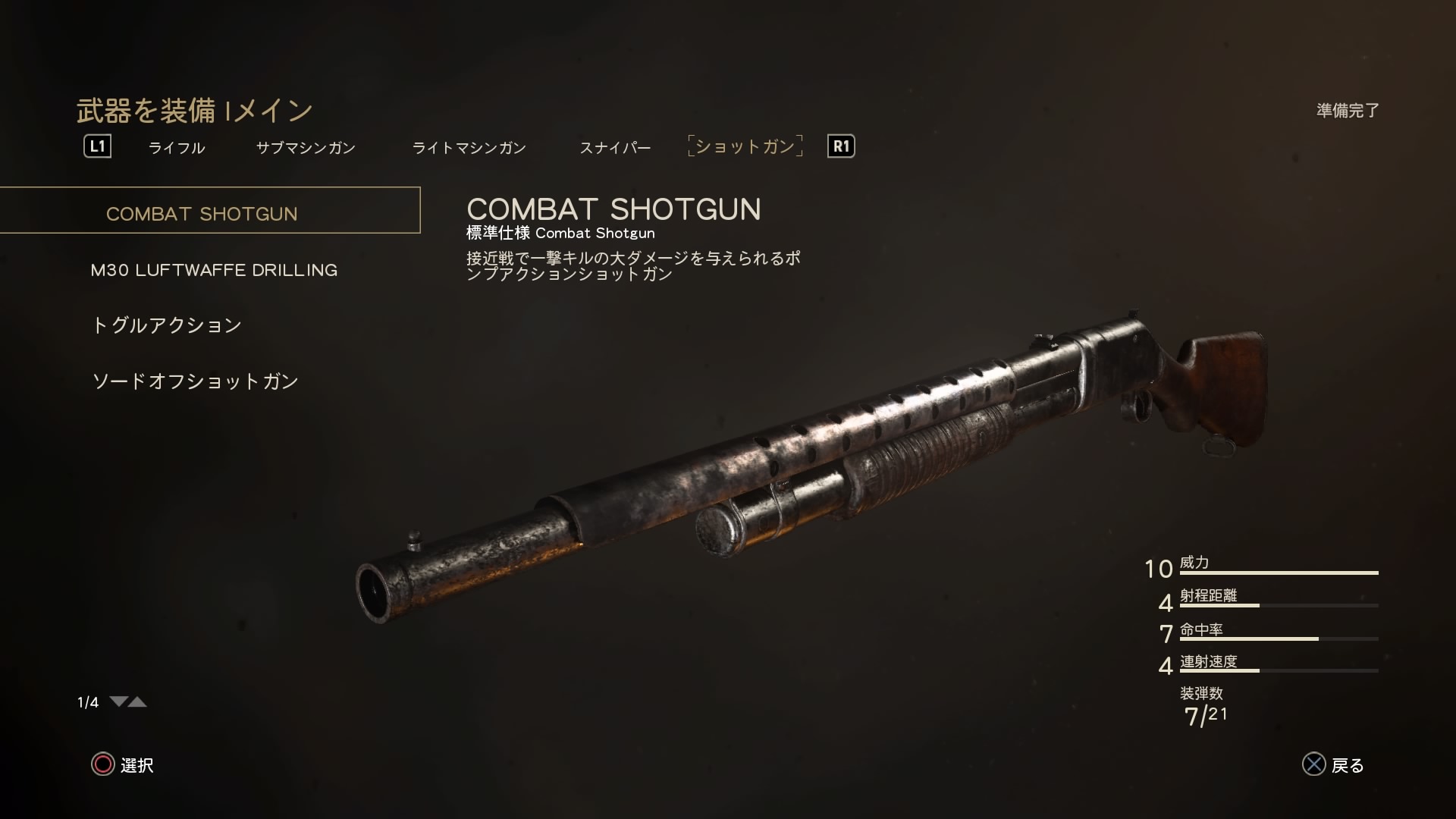 It is very easy to use with the most stable weapon that can make one shot kill among the shotguns of this work.

However, since it will not be able to shoot immediately with a pump action when shooting one shot, it is necessary to target one shot kill as much as possible. 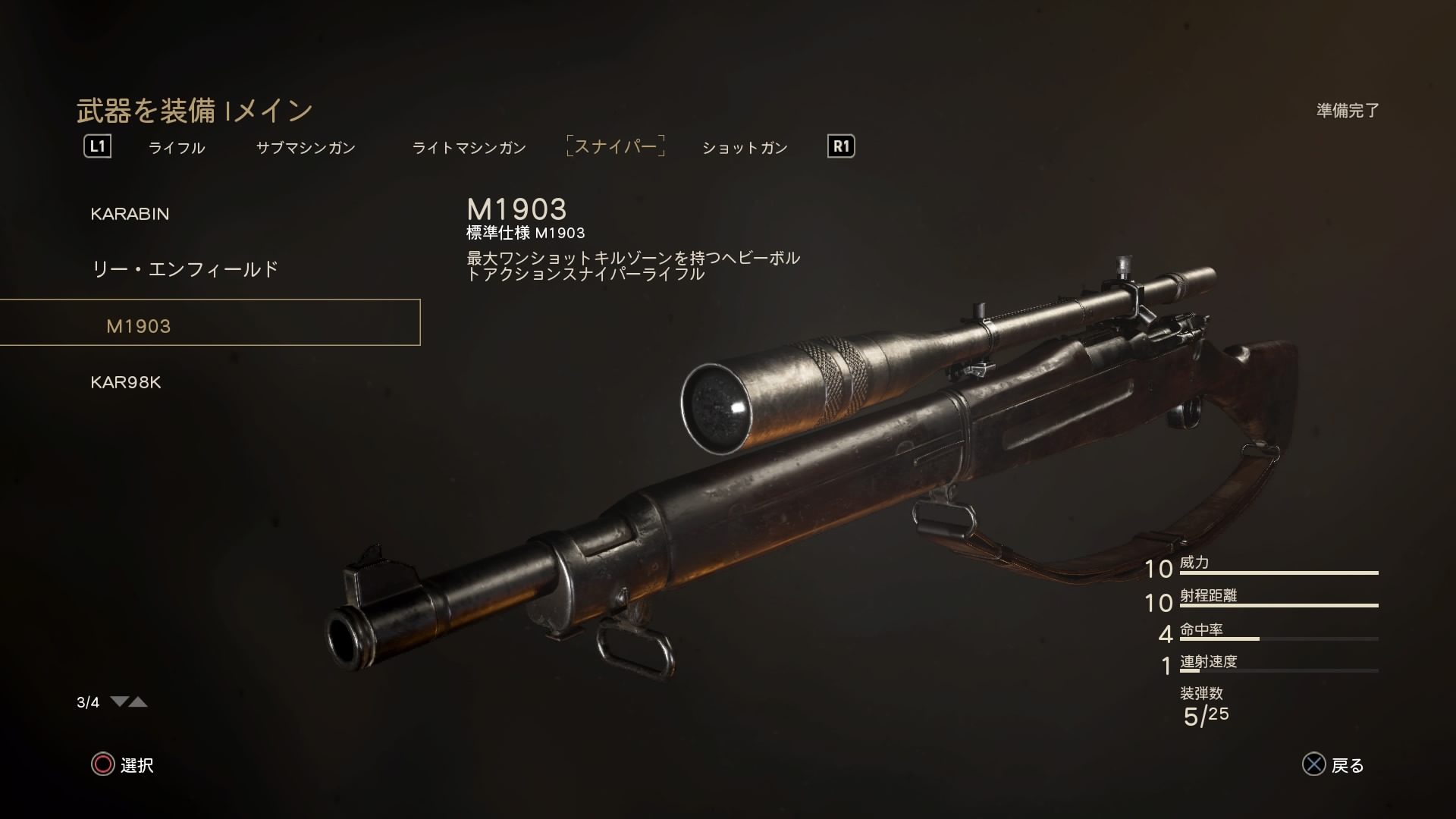 If you hit it above the knees with the most powerful sniper rifle in ww2 you can make a one-shot kill.

For that reason, it is easy to use one shot kill if you hit a shot, so Aim is also used in careless.

However, the ADS speed is a little late.

Recommended for those who want to use sniper rifles that can reliably kill one shot.

Thank you very much for reading  through to the end.